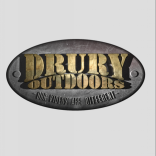 Mark and Terry Drury's love for hunting lead to the development of Drury Outdoors in 1989. Their belief in the ethics of hunting and high regard for safety in the woods is a key factor in their 100% Wild, 100% Fair Chase Series. The Drurys currently work on four television shows, along with groundbreaking online creative via the DODTV series. The extended Drury family has taken on a huge role in the company, with Matt Drury (Terry's Son) leading the way in business operations and online endeavors, and Taylor Drury (Mark's Daughter) having a more visible role on TV shows and social media efforts. The Drurys have joined Wide Open Spaces as special contributors, and will share videos, posts, and expert perspective on all things hunting. Follow them on YouTube, Facebook, Twitter, and Instagram.